Not all rings in the circus are equal 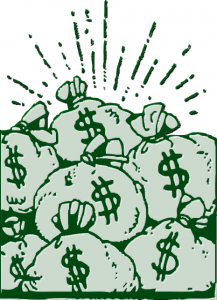 The media circus that is the midterm elections here in the U.S. is coming right up, and money’s starting to pour in. Well, “pour” may not be the right term. It depends on whose ring you’re in.

Note the dollar amounts reported in these 2 stories, conveniently located on the same page in today’s NYT print edition. Dems are getting $2.5 million; last time the Koch Bros. gave Repub causes nearly 50 times as much.

Anyone want to bet they’ll cut back on that for this round?

Liberal and Democratic-leaning groups, facing difficult midterm elections next year without the technological muscle of the Obama campaign behind them, are preparing a major effort to improve their data infrastructure.

George Soros, the retired hedge fund billionaire and longtime patron of liberal causes, will invest $2.5 million in the effort, officials involved with the plan said. His participation is a signal that some of the wealthy donors who arrived late to the Democrats’ “super PAC” efforts in 2012 are committing early for the next round.

A political nonprofit group founded by the billionaire industrialists David and Charles Koch spent $122 million during 2012, according to documents filed with the Colorado secretary of state, putting it among the biggest election spenders in the country.

The group, Americans for Prosperity, spent tens of millions of dollars in political advertising in a bid to defeat President Obama and Democrats in Congress, while investing equally large sums to build a national grass-roots organization for conservative activists and voters.